Interview: Shira Benedetto opens up about being a psychic medium SPECIAL 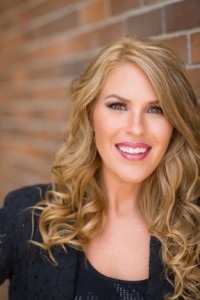 She first discovered her gift in late 2012. “That was when I realized that I had something going on,” she said.

Each day, she is motivated by her natural drive, passion for life and a passion for helping other people. “Everything comes full circle, so I am able to help individuals and make them feel gratified,” she said, prior to noting that she also receives support from her loving husband.

Benedetto has been nominated twice for “Best Psychic” as part of “Best of Long Island Press.” That was awesome. I have been nominated for two years running so far, and I feel privileged to be a part of that grouping, since I am with a team of some really gifted psychic mediums,” she said.

On June 30, Benedetto will be teaching a psychic mediumship development course, which is an eight-week intensive class. “Basically, I help people wake up to their abilities quickly and effectively,” she said.

She continued, “I also do reconnective energy work. This works to restore balance within your body. It works with light, energy and information. It is a stream of energy that works through you.”

Most recently, she did the Bethany House Fundraiser, which was fantastic for Benedetto. “That is an organization that helps homeless women and children, who are in really terrible situations, where they have to leave almost without warning, and they put them in safer homes. We just did a psychic medium fundraiser for them and they raised over $14,000. Senator Kaminsky came down as well to support,” she said.

“I love social media,” she said, in an effort to stay connected with her followers and fans. “I get connected on Facebook, Twitter and on Instagram as well.”

She defined the word success as “Happiness, health, love and harmony with everyone.”

For more information on psychic and medium Shira Benedetto, check out her official website and on Facebook.

Bethany House held “A Psychic Experience” fundraiser on Wednesday, May 28th at the Rockville Links Club in Rockville Centre. Three renowned Psychic Mediums, an Intuitive Artist, as well as a Master Healer were on hand to deliver loving messages, guidance and healing to attendees throughout the evening.

The evening’s highlight was an interactive gallery reading experience by Shira Benedetto, M.A. (pictured) who is a gifted Psychic Medium and Empath from Long Island, NY. She conducted a 90-minute gallery reading. Shira’s abilities enable her to deliver loving messages filled with healing and hope from deceased loved ones, guides and angels. During her reading, audience members laughed, cried and were amazed as Shira revealed some insight into their past and present.

Prior to Shira’s master reading, the other mediums and healers were available for readings and healings at locations throughout the venue. They were: Sarah Curley,

The group of mediums and healers all donated their services and time for free in order to help Bethany House continue its mission of improving the lives of homeless women and children on Long Island.

Approximately 130 people attended the event and enjoyed a selection of hors d’oeuvres and desserts donated by Rockville Centre’s professional female bakers. Sister Aimee Koonmen, Bethany House founder, was delighted with the evening and stated that over $7,000.00 was raised.

Bethany House is dedicated to improving the lives of homeless women and children on Long Island. Their five residences provide safe, supportive, emergency housing and a comprehensive range of additional programs and resources to support families and return them to self-sufficiency. Of those families who have remained at Bethany House for more than two weeks, 94% have successfully found permanent housing. Bethany ‘s five homes are located in Baldwin, Bellmore, and Roosevelt, and can service up to 85 persons nightly.